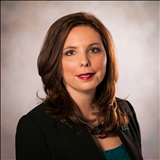 Kimberly Plourde has been in the Real Estate business since 1998.. In that time Kimberly has developed a special fondness for 1st time home buyers and has developed great success working with bank owned properties. Kimberly has earned the designation of Broker in both Virginia and North Carolina and is the Broker/Owner of her own office, Exit Realty Central in Norfolk, VA. Success in this business takes hard work and Kimberly has had the honor of being awarded several times in her career including:

Originally from Springfield, MO , Kimberly relocated to Virginia in 1985 and has made herself a true local. Kimberly enjoys finding time for volunteer work. She has in the past served as President of the Colonial Heights Civic league, and has co-captained multiple Relay For Life teams supporting the American Cancer Society. Kimberly is former member of the Ghent School PTA and even took a turn as coach of the North bay Panthers Cheerleaders.

In her time off, Kimberly enjoys living life to the fullest. She has been skydiving for her birthday, and she loves riding the biggest and the wildest of roller coasters. Kimberly also loves to travel extensively with her family. She has visited several countries and has a goal to get to each of the 50 states and 50+ foreign countries.

Her lifelong motto sums up her beliefs:

"You can have everything in life you want if you will just help enough other people get what they want.” - Zig Ziglar

Thank you for your recommendation!

Your feedback is very much appreciated.